Not to be confused with Red Hot Spikes, a powerup in Bloons Monkey City. 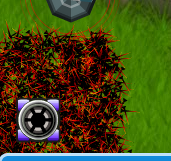 White Hot Spikes while the Spike Factory is out of range of the track, in BTD4 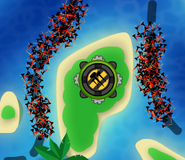 Retrieved from "https://bloons.fandom.com/wiki/White_Hot_Spikes_(BTD4-BTD5)?oldid=272701"
Community content is available under CC-BY-SA unless otherwise noted.