Unlocking True Sun God, Legend of the Night, and The Anti-Bloon
Purchasing the MK Point "There Can Be Only One"

Camo Prioritization with Ultravision (VTSG Only: Missiles, Spectres, and Avatars not affected)

The Vengeful True Sun God can be created by obtaining the Monkey Knowledge "There Can Be Only One", and purchasing a Sun Temple with $50,000+ worth sacrifices in three out of the four classes. This Temple must then be upgraded into a True Sun God with $50,000+ worth of sacrifices on all four classes of towers within the Temple's range, and the The Anti-Bloon and Legend of the Night outside its range. There is also a secret interaction when a level 20 Adora is placed within range of the Sun Temple as it is upgraded. The Vengeful True Sun God cannot be summoned in Sandbox Mode, nor can it be summoned on C.H.I.M.P.S., where Monkey Knowledge is disabled. True to its Monkey Knowledge description, only one Vengeful True Sun Gods can exist on screen, even in co-op. Additionally, the Anti-Bloon and Legend of the Night can not be repurchased while the VTSG is on screen.

The total cost for a Vengeful True Sun God is complex. The cost section of this page will further explain the total costs in greater detail.

Adding Ultravision adds Camo Prioritization, allowing all its attacks to prioritize Camo Bloons over other types when this secondary targeting option is active.

It costs the same as a normal True Sun God, along with $50k of all tower categories (Primary, Military, Magic, Support) sacrificed prior to upgrading an existing maxed Sun Temple, plus the costs of The Anti-Bloon and Legend of the Night outside the range of it. Combining the sacrificing costs and the upgrade cost of the True Sun God upgrade itself altogether, the Vengeful True Sun God upgrade costs the following from scratch from these difficulties:

The Troubleshooting section acts as a slightly condensed version of this section and may be more helpful if the player cannot create the VTSG. In order to summon the Vengeful True Sun God, the player must follow the steps below:

The Vengeful True Sun God is effectively identical to its standard form with the exception of its main attack (which gains +25 damage from 25 to 50) and a triple increase in damage to its magic Avatar summons (from 4 to 12, excluding damage buffs from support sacrifices) as well as its other sacrifice powers. This form also disables the Anti-Bloon and Legend of the Night upgrades unless the Vengeful True Sun God is sold.

This section includes various requirements that are frequently missed when building the Vengeful True Sun God. It also serves as a more condensed version of the steps to create a VTSG.

When sacrificing towers to the VTSG, its important to know what towers will get the player maxed sacrifices for each category for the least amount of cash so that the player doesn't have to spend anymore than they need to. However, it's nearly impossible to exactly spend $50,000 in each category due to the difficulties (and Impoppable) price multipliers and how the cumulative Tier 5 (the base price of a tower, plus Tier 1 to 5 in one path and maybe the other tiers in another path) upgrades may undershoot or overshoot the $50,000 minimum threshold required for maximum sacrifices. This section will show what towers and upgrades can cross the $50,000 sacrifice threshold for the least amount of money for each difficulty. This can also be applied to Sun Temple.

Note that these prices are without Monkey knowledge. This means that some prices might not be correct for some towers and upgrades, especially for Military Monkeys with the Military Conscription and Advanced Logistics Monkey Knowledge.

Assume no discounts are given to any of the sacrificed towers. Prices correct as of Version 30.0.

Assume no discounts except maxed Support Temple sacrifices are given to any of the sacrificed towers. Prices correct as of Version 30.0.

When given to a Vengeful True Sun God with maxed sacrifices (assuming the 2/2/2/2 formation, even though it's technically impossible to have a 2/2/2/2 VTSG, as Sun Temples only accept 3 of 4 sacrifice categories), the following occurs. Extra bonuses compared to True Sun God are in bold:

Version 14.0 had reworked the strength of sacrifices to reduce the power of mini-Avatars while increasing that for other attacks. Rohan from NK noted that the overwhelming damage output of mini-Avatars was a bug, so instead of outright removing the bonus mini-Avatar nerf, they instead changed the VTSG to allow the alternate sacrifice attacks to gain 3x damage (later changed to 2x damage), alongside the rework of Sun Temple sacrifice damage output.

Most other balance changes are mostly inherited from those that apply to True Sun God. However, Version 27.0 nerfed VTSG to give way for Paragons and better variety during the extreme late-game.

The +50 damage to mini-Avatars was possibly unintended originally, but in the 14.0 patch notes, it was labelled as a balance change. It is also speculated that the damage increase coming along with pierce and damage attack nerfs is to reduce lag by reducing the number of projectiles on screen at once. The changes affecting the True Sun God carrying over to the Vengeful True Sun God are calculated with the actual stats of the Vengeful True Sun God, not the True Sun God. This section is adapted from the 14.0 patch notes.

When upgrading to True Sun God: 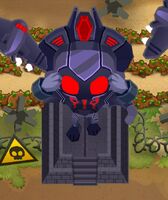 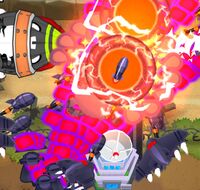 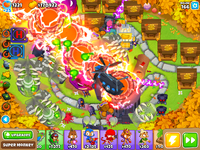 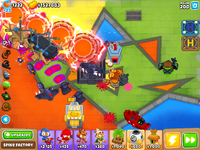 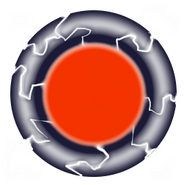