Valuable Bananas is the second upgrade of path 2 for the Banana Farm in Bloons TD 6. It makes each banana or banana crate worth 25% more cash (30% with the

This upgrade changes the log fence's color around the farm from brown to yellow.

Valuable Bananas increases the income of the Banana Farm's bananas by +25%. Spamming 0-2-0 Valuable Bananas by themselves is cost-inefficient when compared to its alternative upgrades. Rather, players should buy this upgrade to crosspath with higher-level Banana Farms or as a stepping stone to Monkey Bank.

Valuable Bananas is much cheaper than it did in BTD5 but provides a smaller income bonus. No changes in BTD6 since initial release, however.

Lots and lots of Valuable Bananas dropped from Race Event 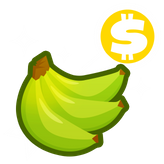