Salutations everyone! My last news post stated that every one of my news posts will be on a Sunday, and I'm posting this on a Monday. This is so ironic lol. I forgot to do post this yesterday. Well, onto the news.

Bloons Tower Defense 5 is still being the only thing Bloons-related that is being updated. Not that it's bad...

Lightning Scar is an Advanced Difficulty track where the Bloons travel on a path that resembles a typical lightning strike. The track is relatively short when compared to other tracks, and it has straight paths. The Bloons come into the track from the top, and the path later splits into two. It's a really fun track!

Spike144 and I would like to thank everyone who participated in last week's news post. I asked the community to see if they approve of Spike144 becoming an administrator. All 19 people who voted said "Yes". You guys are awesome! And now, Spike144 is now an admin! Congratulations Spike and thank you everyone!

The deadline has about reached its poll! If you didn't get a chance to see it, the poll asked which track in BTD5 is your least favorite. 30 people voted on the poll. Bloontonium Lab won by a lot of votes...and if you're wondering why Lightning Scar and Main Street weren't added to the poll it was because the maps were created after the poll was made.

I'm confused why The Rink got 3rd place, it's a beginner track! Anyways, there's a new poll on the main page, asking which BTD game is the most difficult. I chose BTD2 because I can't even do the friggen beginner track.

Pictures of the day 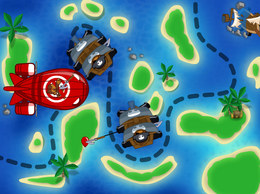 Catching a B.F.B. is pretty impressive. Catching a Red Bloon on the other hand... 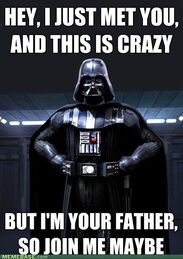 Add a photo to this gallery
Retrieved from "https://bloons.fandom.com/wiki/User_blog:Anomalous13/Bloons_Wiki_News_-_April_13,_2012?oldid=53637"
Community content is available under CC-BY-SA unless otherwise noted.