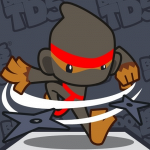 "Woah. That was cool. Technically exothermic. But still cool."
— Dr. Monkey, after picking up a Golden Bloon Powerup for the first time

Hi there visitor, I'm SW8573! I'm an administrator here, so if you want to ask me anything, leave a message on my wall. I'm currently a little inactive as I am busy with real life commitments; if you need help, try visiting the Bloons Wiki Forums.

"A picture is worth a thousand words..."

Retrieved from "https://bloons.fandom.com/wiki/User:SW8573?oldid=190030"
Community content is available under CC-BY-SA unless otherwise noted.