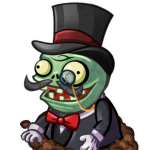 Hello everyone! I am LegoFan9o5, a vivid fan of the Bloons series. I have been playing the games since I was a wee lad, playing even BTD4 when that was relatively new. I've dipped into most of the mainstream Bloons stuff from Ninja Kiwi, but have also experienced some of the more obscure titles such as the DSi ware of Bloons, Bloons TD 3 and 4.

Throughout it has brought me a lot of joy, and a lot of strategic thinking, with its cartoonish style and uncynical, childlike nature that I just don't see a lot of nowadays.

I own Bloons TD6, have played both mobile and flash versions of BMC and BTD5 and own Bloons Super Monkey 2 on mobile.

Retrieved from "https://bloons.fandom.com/wiki/User:Legofan9o5?oldid=207172"
Community content is available under CC-BY-SA unless otherwise noted.