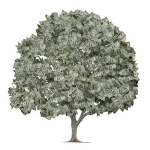 Hi, visitor!!! I am an avid fan of the Bloons series. I first started playing Bloons games when I was in middle school while the first Bloons game I've ever played was BTD3. I lost interest many times, as my game kept lagging out. After a few years, I started to get more interested in the Bloons TD series, and I started BTD5 in November 2014. I also started BTD Battles on January 2015 and BMC on June 2016. I also recently started BTD6 on June 2018.

If you want to use my pictures for a public page, you are more than welcome to use it. For a user page, please tell me and I may accept it.

Hello, visitor. This are personal tips and are from my point of view.

As the cheapest tower in the game, the Dart Monkey throws a dart that pops a single bloon (2 in BTD6) in a small attack range.

Path 1 is about eliminating massive amounts of grouped bloons with the Spike-o-Pult and Juggernaut and both towers with the upgrades should be put near a place where the spiked ball would cross the track in a straight line. Most times, I would not purchase a Spike-o-Pult alone, but I would save up until I can get a Juggernaut. I don’t like the Spike-o-Pult, but the Juggernaut does quite well for heavy Ceramic Bloon rounds, like round 63.

Path 2 is good for more, and more darts. Its first two upgrades shouldn’t really be needed for the Spike-o-Pult or the Juggernaut, as they already have a high pierce, but is required for the Tier 3 upgrade, Triple Darts. Triple Darts are absolutely AMAZING as they can chip through multiple bloons and/or layers. The next upgrade, Super Monkey Fan Club is also great. With the Level 3 Specialty Building, a huge army of Super Monkeys can be created, and that can wipe almost anything. This is a great upgrade path with almost no flaws.

In BTD Battles, Dart Monkeys have always been a popular tower, with its signature Triple Darts upgrade. They also are a good alternative tower against Camo Leads with the Juggernaut upgrade if there are no Monkey Apprentices, strategies like Dart Farm Ace, arguably the most popular loadout with the Dart Monkey. Also, the Dart Monkey can go mid-to-late game with the Super Monkey Fan Club upgrade, allowing the wave of Super Monkeys to DOMINATE BFBs in no time.

This strategy works well most of the time, best with longer tracks.

Rain of Axes and Downfall of Axes

I don't like hotkeys so I just entered this piece of text...

The Lumberjack Monkey Throws a sharp axe that pops 5 bloons, essential for grouped bloon popping power. It also can detect Camo, but has a small range and slow attack speed.

Activated Abilities: Ring of Darkness and Realm of Shadows

Description: With the roots of dark magic, this legend of wizardry throws magical cards that burst into smaller cards.

Description: Equipped with a powerful javelin, this hunter’s expectations are bloon carnage and shrapnel flying everywhere.

Description: With his cowboy swag, his dual-layer, bloon shreddin' pistol, he annihilates most bloons with ease.

Hello, visitor. Feel free to browse my gallery and you are welcome to use these pics on public pages.

Taking Military Monkeys Only to another level.

This makes me so happy...

This makes me happier...

Even Rubber to Gold can’t turn the frames into gold!

Dark Champion BEFORE round 70!

AVATAR OF THE VENGEFUL TRUE SUN GOD? Maybe...
Add a photo to this gallery

A work in progress... Unlocked them all, but needs more time.

Tip: When somebody is overwhelming you, defend the exit.

Tip: Be careful of what you send because it may come back and bite you.

Tip: Remember to have a good Camo defense.

Tip: COBRAs can take a bite on a BFB, sending it away.

Tip: Do not “Regrow” when there are Tack Shooters.

When you realize you messed up...

I BEAT BLACK DIAMOND!!!
Add a photo to this gallery

Easiest Special Mission?
Add a photo to this gallery

Retrieved from "https://bloons.fandom.com/wiki/User:Ezw103012213?oldid=211097"
Community content is available under CC-BY-SA unless otherwise noted.