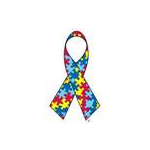 I have my own series of blog posts called the Keener Strategies, they are different from the typical Temple based strategies because they are not made mostly from temples, & are, infact, made to jumpstart those legendary strategies. I also have a blog showcasing the hardest tracks in the BTD series. It can be found here.

Highest round achieved in Contested Territory: 74

My way of getting fast xpEdit

To get high amounts of xp, I just do the July 22, 2012 Daily Challenge, which is called "Extreme Farming". I do this one because only the MOABs are replaced with Z.O.M.Gs, meaning I can farm enough money to buy a good defense before the blimps become a huge problem.

Retrieved from "https://bloons.fandom.com/wiki/User:Dinner111?oldid=168198"
Community content is available under CC-BY-SA unless otherwise noted.