Ultravision is the second upgrade on Path 3 for the Super Monkey in BTD6. It enables the tower to target Camo Bloons, utilize the Camo Prioritization option, and attack with increased (+3) range. Combined with the X-Ray Ultra Monkey Knowledge enabled, the Super Monkey will also be able to shoot through line-of-sight obstacles.

With the X-Ray Ultra Monkey Knowledge, it also allows bypassing of Line of Sight.

Ultravision can access Camo Prioritization, allowing all its attacks to prioritize Camo Bloons over other types when this secondary targeting option is active. 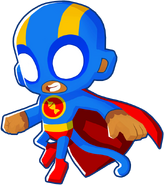 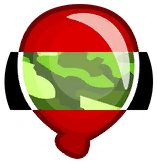