Twin Guns is the first upgrade on the second path for the Monkey Sub in BTD5. It adds a second gun to the sub, which enables it to fire twice as fast. This can be useful when used in combination with Barbed Darts because the sub now essentially has 6x the popping power of an unupgraded Monkey Sub (1 pierce). 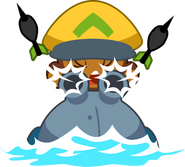 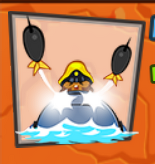 The Monkey Sub with twin guns.
Add a photo to this gallery

Retrieved from "https://bloons.fandom.com/wiki/Twin_Guns_(BTD5)?oldid=270979"
Community content is available under CC-BY-SA unless otherwise noted.