Bloons Wiki
Register
Don't have an account?
Sign In
Advertisement
in: Articles in construction with a WIP, Monkey Ace, Bloons TD 6,
and 9 more

Tsar Bomba is the final upgrade of Path 2 for the Monkey Ace in Bloons TD 6. It grants the upgraded Monkey Ace with an improved version of the Ground Zero ability. The improved Tsar Bomba ability creates a much more damaging explosion that does 3,000 damage to up to 5,000 bloons closest to the center of the Ace's runway, additionally stunning all damaged Bloons excluding the BAD (which cannot be stunned at all) for 8.2 seconds. Cooldown for the Tsar Bomba is 35 seconds upon activation, 10 seconds less compared to Ground Zero. Initial cooldown is also reduced from 15s to 5s.

Tsar Bomba is a large grey four-engine turboprop monoplane. Its detailing includes a black nose cone, a black leading edge length-wise along the wings, and its wing emblems are blue circles with yellow edges. Overall, it resembles most closely to the Tupolev Tu-95. Its nuke is now a much larger red nuke that briefly flashes red upon detonation.

Tsar Bomba improves the Ground Zero ability damage to 3,000, its pierce to 5,000, and grants it the ability to stun all surviving targets (except BADs, which can't be stunned) for 8.2 seconds. It additionally improves the cooldown to 35 seconds and the initial cooldown to 5 seconds, down from 45 and 15, respectively.

Dart volleys are zone-type sprays of projectiles shot relative to the position of the aircraft. Bomb salvos are considered on-track attacks by a spawn. Ability nuke affects the whole screen and is locked on Close relative to the landing base for pierce calculations.

The Tsar Bomba can be used to clear hyperdense clumps of MOABs, BFBs, and Super Ceramics, including their Fortified variants, in just a single ability use, especially during Round 94, 96 and 98. One use of the ability can also destroy Round 99, as it pops Fortified DDTs instantly, and can act as an emergency button in earlier late game. However, multiple Ground Zeroes are usually sufficient to combat most hyperdense rounds for a slightly lower cost, with exception of Fortified BFBs, while 2 Ground Zeroes outclass Tsar Bomba at eliminating Round 95 effectively.

The majority of the Tsar Bomba's power comes from its ability; because of this, effective stalling strategies should be made in order to optimize its large-scale damage. Tsar Bomba's stun is useful for stalling down surviving ZOMGs and can deal high-scale crowd control. Tsar Bomba normally shines the best on custom challenges such as 2TC or 2MPC, but is still useful outside of those.

Overall, Tsar Bomba has been buffed since it was first released, mostly to compete the efficiency of multiple Ground Zeroes. The ability pierce nerf can be seen as negligible outside of Race Events.

The plane that possesses the Tsar Bomba, the Tupolev Tu-95 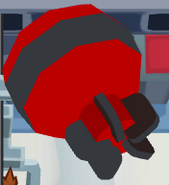 Tsar Bomba in the upgrade menu, showing the Version 30.0 cost 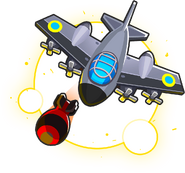 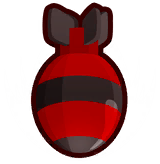