The Tack shooter becames taller and has a metal band around its "head", it also gains a metal foundation.

Super Range Tacks provides the Tack Shooter with a considerable range boost compared to having no range upgrades. In addition, purchasing this upgrade provides extra pierce too, making this upgrade handy in situations where the extra pierce matters. The range and pierce boosts have a greater impact for Hot Shots, Rings of Fire, and Inferno Rings, although the same hybridized boosts are effective for lower-tier Tack Shooters to become more effective at grouped popping power.

Mostly buffed for the sake of crosspath interactions.

Super Range Tacks on the upgrade menu of BTD6, as of Version 13.0 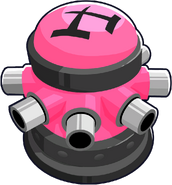 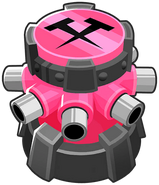 New official artwork as of Version 13.0 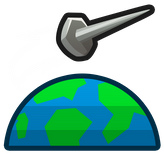