In BTD5, this upgrade does not change the appearance of the Super Monkey on the map. In BTD6, however, this changes the Super Monkey's cape tip to golden yellow and adds two golden arm rings.

In BTD3, this upgrade approximately increases the Super Monkey's range by 36.31%. 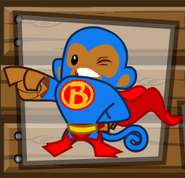 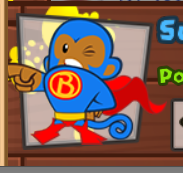 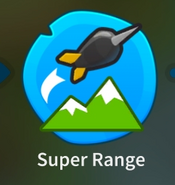 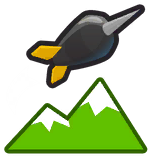 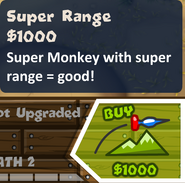 Instamonkey icon for Super Range
Add a photo to this gallery

Retrieved from "https://bloons.fandom.com/wiki/Super_Range?oldid=256650"
Community content is available under CC-BY-SA unless otherwise noted.