The Sniper Monkey makes a return in BTD6. It has been overall improved compared to its predecessor, particularly with the addition of upgrades that help Sniper deal with bloons in ways it normally struggles with, with Shrapnel Shot being a very helpful upgrade at cleaning up bloons. 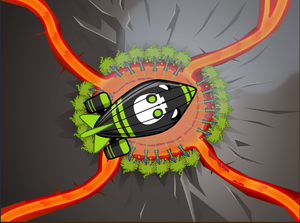 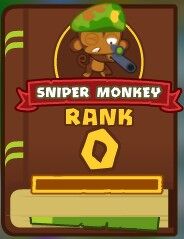 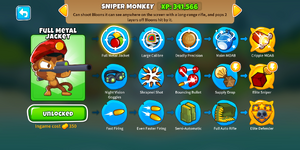 All Sniper Monkey upgrades in BTD6, as shown in the upgrades menu 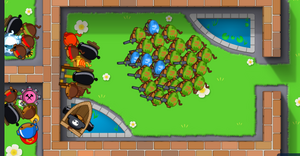 Retrieved from "https://bloons.fandom.com/wiki/Sniper_Monkey?oldid=269679"
Community content is available under CC-BY-SA unless otherwise noted.