Smart Spikes (Directed Spikes before version 14.0) is the second upgrade of the third path for the Spike Factory. It grants quadrupled production speed to the tower for 2.5 seconds every start of each round, and allows the Spike Factory to have target priorities. The target priority is initially set to Normal, its normal target priority, but it can be changed to a unique target setting to make best use of this upgrade.

Besides new unique target priorities and quadrupled production speed at the start of the round, Smart Spikes provides Spike Storm with a special crosspath benefit, allowing the Spike Storm ability to only target active lanes, as well as giving an exclusive attack speed benefit via the Smart Spikes' start-of-round attack speed bonus.

Smart Spikes gains special targeting priorities: Close, Far, and Smart. In addition, the Spike Factory produces spikes 4x faster at the start of each round. Special interactions for Spike Storm and Carpet of Spikes abilities are granted, having an exclusive self-synergy with the start-of-round benefit and sets the storms of spikes to target only the active lanes.

Its attack speed boost can only occur once the upgrade is bought before the round begins. Such a temporary speed boost is considered a Charge

, which Gravelord Lych can prey on.

Smart Spikes defaults on Normal targeting priority, which dispenses the spikes onto nearby bloon track in a semi-sporadical behavior. With this upgrade, it will also receive Close, Far, and Smart.

Smart Spikes is a rather situational but also useful upgrade to pick for the Spike Factory, as it sacrifices either stronger spike piles (Path 1) or faster production (Path 2) for special targeting of spikes. On most situations, random targeting is sufficient for the Spike Factory to produce maximized spike production, in order to stockpile spike piles everywhere within the tower's radius. However, there are few situations where it would be worth sacrificing one of the paths for allowance of specialized but limited custom spike pile placement. Places where there are multiple paths or intersections on the map are generally wise choices to crosspath a Spike Factory with Smart Spikes.

Along with crosspathing to Smart Spikes, there is the opportunity to further upgrade to Long Life Spikes to make even better use of Smart Spikes. When pursuing further towards Path 3, stockpiling because even more vital for optimizing its performance. Learning the ways of stockpiling spikes effectively is especially important for the final upgrade Perma-Spike.

The one other major factor to note for the Smart Spikes upgrade is how this upgrade generates a brief production speed increase for 2.5 seconds before the start of each round. This can be handy in a very few scenarios, such as whenever there are many fast bloons at the start of each round. For most occasions, though, this upgrade mechanic is fairly small in comparison to the other Spike Factory crosspaths.

Pairing this upgrade as the crosspath for Spike Storm adds special benefits for that upgrade. More importantly, the ability can now only target lanes that bloons will travel through, making the 0-4-2 crosspath useful on certain maps. Even without this benefit, activating the ability right when the round starts can help trigger many more total spikes during the ability. 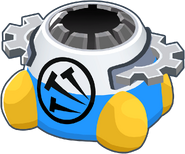 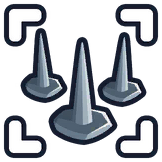