Shimmer is the third upgrade of Path 3 in Bloons TD 6 for the Wizard Monkey. It produces a series of large blasts every 2.5s around its radius that reveal Camo Bloons and DDT's permanently. Each blast of Shimmer reveals up to 200 Camo Bloons at once, but like Cleansing Foam the shimmer pierce can be consumed by non-camo bloons too. Although slow, the shimmer effect has a very generous detection range and blast radius.

The Wizard also receives a large range bonus, from 40 to 60. The shimmer spell's radius (both for detection and usage) is larger than the tower's radius, at 70.

Overall, Shimmer was buffed, but only by a small amount. It still remains an effective decamo option on maps without water. 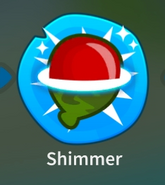 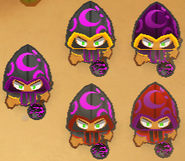 Shimmer with a large range, added in Version 30.0 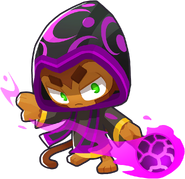 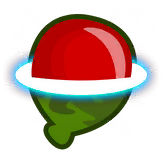