Sentry Gun is the first upgrade of path 1 for the Monkey Engineer in Bloons TD 5 Deluxe, Bloons TD 5 Mobile, Bloons Monkey City, Bloons TD Battles Mobile, and Bloons TD 6 that allows it to create sentry guns within its range. The Sentry Guns shoot nails, and each nail can pop 2 bloons. It is very useful for the early rounds as it acts like several Dart Monkeys all attacking at once. The Monkey Engineer can create up to 3 Sentry Guns with no fire rate upgrades when upgraded to this. However, the Engineer can produce more sentries if it's under the influence of other towers such as Jungle Drums Villages or additional upgrades such as Fast Engineering/Faster Engineering.

Ninja Kiwi stated in the 20.0 Patch Notes that the reasoning behind these changes was "continuing our efforts to make crosspaths meaningful" and to "fit the style of each path more solidly". 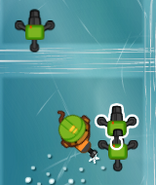 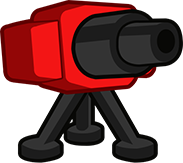 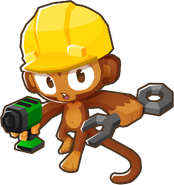 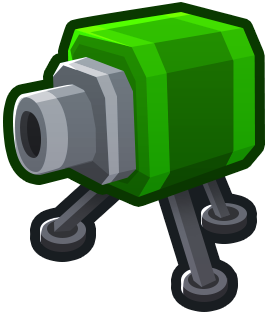 Hud for Sentry in BTD6

Instamonkey icon for Sentry Gun
Add a photo to this gallery

Retrieved from "https://bloons.fandom.com/wiki/Sentry_Gun?oldid=257696"
Community content is available under CC-BY-SA unless otherwise noted.