Bloons Wiki
Register
Don't have an account?
Sign In
Advertisement
in: Articles in construction with a WIP, Articles that need more images, Monkey Ace,
and 6 more

80 (Circle Path, clockwise, around base)

Rapid Fire is the first upgrade of Path 1 for the Monkey Ace in Bloons TD 6. It increases attack speed of all attacks by 33%.

Rapid Fire can also receive the Centered Path targeting option when given the 1-0-2 crosspath.

Rapid Fire's base attack speed bonus has been reduced, but overall attack speed with this upgrade is exactly the same. Therefore, it was not nerfed overall, but rather buffed overall because of another buff inherited into the base Monkey Ace. 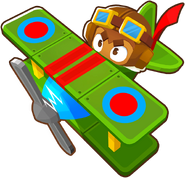 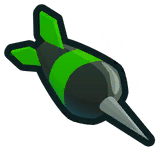