Radar Scanner is the second upgrade on the second path for the Monkey Village in BTD6. It allows all the towers in its radius to gain camo detection, allowing them to detect and attack Camo Bloons.

Radar Scanner is the most reliable form of allowing towers that normally do not detect camo to detect camos. Unlike decamo, such as from Submerge and Support or Shimmer, Radar Scanner has 100% reliability against Camo Bloons, as this upgrade grants nearby towers with full-time camo detection and this form of camo detection doesn't necessarily have to rely on attacks to strip off camo properties.

Generally it is difficult to afford a camo village to deal with early-game Camo Bloons, so other camo detection options are still recommended until you need the village buff.

020 Village in BTD6 nearby some Mortar Monkeys 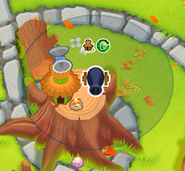 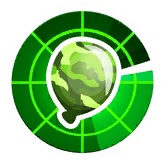