Storm of Arrows:
100 (targets Quincy's target priority from any range)

Quincy is a Hero in the game Bloons TD 6. He specializes in archery-related weaponry. His main attack is an arrow that ricochets off of 3 targets. Quincy has medium range. He is an all-around Hero with a decent attack speed, good against popping early-game bloons, and is cheap enough to start with him in most games.

Quincy has been the hero shown the most in social media, and is the starting hero of the game. The first mention of Quincy was in a blog post by HayleyBelleNK on 23 November 2017, which has revealed Quincy's silhouette, along with a note saying "BTW, Quincy says 'Hi.'"

In the 5.0 update, he was given a new skin, named Cyber Quincy, alongside a new appearance and new voice lines. Quincy's bow, arrows and suit outlines are now cyan colored. He also wears an eyepatch on his left eye(right eye on the artwork). The skin costs

In the 15.0 update, he was given a second new skin, named Wolfpack Quincy, alongside a new appearance and new voice lines. Quincy's eye is now a tint of green. He also wears small tufts of white wolf fur on his head and his suit. The skin costs

Quincy will start upgrading himself every round upon placement. He earns more XP each round to unlock his next upgrade irrespective of how many bloons he pops. His upgrades can also be immediately bought with cash, though the amount of cash required to purchase the next upgrade will typically increase as the upgrades get higher, making self-upgrading an important element for his overall power. Quincy's relative XP gain is 1x.

The following are the upgrades:

2500 each. The first one, Cyber Quincy, gives him a cybernetic appearance and a new set of voice lines in a new robotic voice. The second one, Wolfpack Quincy, has him don fur clothing to give him a more feral appearance, and he has a deeper voice.

When using an Ability:

When using an Ability: 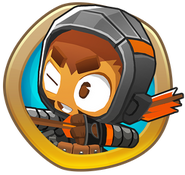 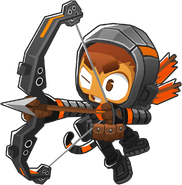 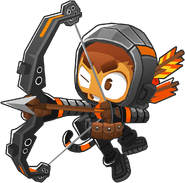 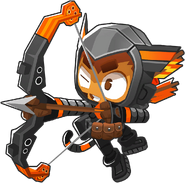 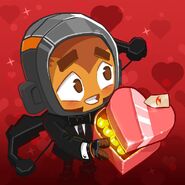 Quincy, in a Facebook post by Ninjakiwi, prepared to deliver a Valentine's Day gift to someone (presumably Gwendolin) 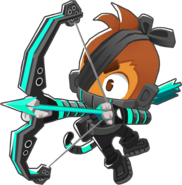 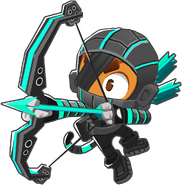 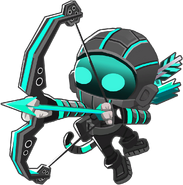 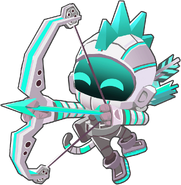 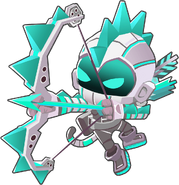 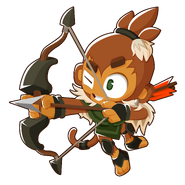 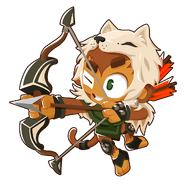 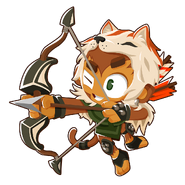 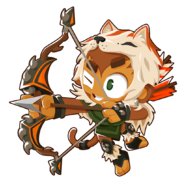 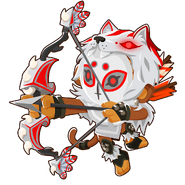 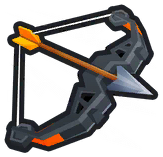 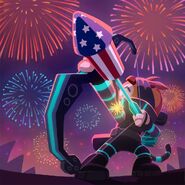 Retrieved from "https://bloons.fandom.com/wiki/Quincy?oldid=267349"
Community content is available under CC-BY-SA unless otherwise noted.