This upgrade gives the Dart Monkey a green headband. 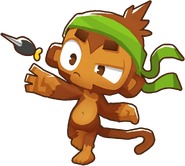 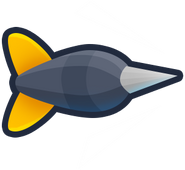