Primary Training is the third upgrade of Path 1 for the Monkey Village in Bloons TD 6. It gains a buff that increases all Primary Monkeys' pierce by 1, range by 10%, and projectile speed by 25% within its radius.

Overall, this is a good upgrade to pursue if the player's main towers include Primary Towers. While generally not needed, note that Primary Expertise is an upgrade that comes after Primary Training, and improves the buff.

No changes were made to Primary Training since it was first released in BTD6. 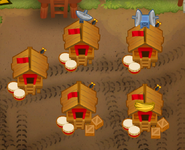 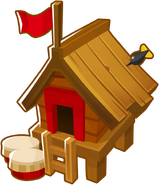