Primary Mentoring is the fourth upgrade of Path 1 for the Monkey Village in Bloons TD 6. It allows all Primary Monkeys within its radius to be granted free Tier 1 upgrades, alongside the benefits of Primary Training. Starting from Version 17.0, it also grants nearby Primary Monkeys with +5 range and reduces their ability cooldowns by 10%.

Primary Mentoring further improves exclusive buffs for nearby Primary Monkeys by extending the Primary Training effect to also include free Tier 1 upgrades, reduced ability cooldowns, and even more range. In addition to strategical advantages provided by Primary Training, the allowance of free Tier 1 upgrades makes it less costly to spam in more Primary Monkeys within range, in addition to allowing Primary Monkey abilities to be activated more often. Since the Primary Mentoring range buff is additive, rather than multiplicative, its extra range benefit is greatest on low-range towers, namely lower-level Ice Monkeys and Tack Shooters.

The value of the Primary Mentoring upgrade benefits makes this upgrade see its highest use in combination with Striker Jones + MOAB Mauler spam strategies. The free Tier 1 upgrades portion of the upgrade allows more MOAB Maulers to be added within range, saving a significant amount of money in the long-run to compensate the expensive supports provided by the Village. On the other hand, the MOAB Maulers benefit well from the extra range and all other preceding Village supports, while the reduced ability cooldowns increase the viability of MOAB Assassin abilities versus spaced blimps. Other popular supporting Primary Monkeys also can benefit much from this upgrade's various supports, specifically MOAB Glue, MOAB Press, Bloon Impact, and 0-1-2 Re-Freeze Ice Monkeys.

Primary Mentoring as seen in the upgrades menu 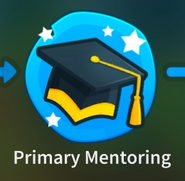 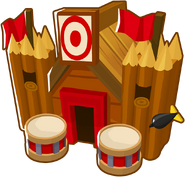 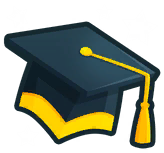