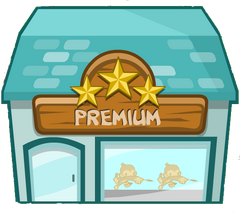 Premium Upgrades (also called Deluxe Upgrades in BTD5 Deluxe) are available in Bloons Tower Defense 5. They can be purchased with NK Coins by clicking the premium store at the Main Menu screen. Once purchased, they can be turned on and off freely from the Premium Store, or before entering a mission.

Since the update on June 28, 2012, some premium upgrades can be bought by Monkey Money before a mission, but then they are used only as a one time upgrade for that mission. Premiums now cost more as a result of that update.

In BTD5 Deluxe, Premium Upgrades can only be bought with Monkey Money, but are always available once bought.

Note: Premium Upgrades purchased with Monkey Money is only available in BTD 5 only.

Retrieved from "https://bloons.fandom.com/wiki/Premium_Upgrades_(BTD5)?oldid=193206"
Community content is available under CC-BY-SA unless otherwise noted.