Perishing Potions is one of the cheaper ways of dealing with the early Round 40 Fortified MOAB on Alternate Bloons Rounds and for countering Fortified Bloons in general. In addition, this upgrade improves the power of brewing Alchemists for targeting single towers, on top of the Alchemist itself gaining higher overall offensive damage.

An addition to Alch buff crosspathing benefits to balance out competition versus Path 3 crosspathing. Otherwise, the offensive portion of Perishing Potions still remains a useful option for rounds rich in Fortified MOAB-class. 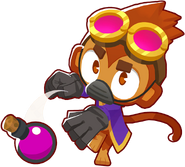 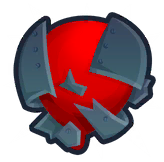