Pat Slap:
Level 5+: Affected Bloons move toward the entrance at 3x speed for 1s. Does not affect BFBs and above.

Pat Fusty is a hero in Bloons TD 6 who was added in the game in the 9.0 update. He is a gigantic monkey who uses slam attacks to crush Bloons. At level 1, his slams have 11 pierce and deal 2 damage. These attacks can naturally pop Lead Bloons, but cannot pop Camo Bloons without support. He can be placed in water or land. Pat can be unlocked for

Pat Fusty will start upgrading himself every round upon placement. He earns more XP each round to unlock his next upgrade irrespective of how many bloons he pops. His upgrades can also be immediately bought with cash, though the amount of cash required to purchase the next upgrade will typically increase as the upgrades get higher, making self-upgrading an important element for his overall power.

Just like Ezili, Sauda and Admiral Brickell, Pat Fusty requires 1.425x as much experience points to upgrade towards each level compared to Quincy, Gwendolin, Striker Jones, or Obyn Greenfoot.

The following are the upgrades and their costs of upgrading without XP:

Pat Fusty's main attack is slamming his hand onto the target bloon and causing a multiple pierce slam splash attack.

In version 14.0, Pat Fusty was given a new skin called Fusty the Snowman, with new graphics and voice lines. He has a white body and a red face, and wears a top hat with a pink flower on it. This is a reference to the Christmas carol "Frosty the Snowman".

Pat Fusty is one of the strongest heroes in the game, mainly because of both his Rallying Roar and his stuns and knockback. This allows him to be one of the many heroes who are frequently used in many difficult Advanced Maps and even True Experts such as #Ouch.

Pat has one of the most notable abilities in the game, Rallying Roar which allows him to combine in tandem with low-damage towers. Some of the most notable are Sun Avatar and Grandmaster Ninja, where they have featured with Pat on #ouch CHIMPS as premier strategies. Pairing Pat with The Tack Zone or Super Maelstrom has been used to achieve relatively cheap CHIMPS clears. Pairing with 1-4-0 or 2-4-0 Spike Storms are also a viable option to pair for beating a few select rounds, or when remaining income is limited.

It is important to mention that Pat Fusty's abilities require careful timing especially if the map or mode is harder. His Level 10 ability is useful for certain towers that struggle with lone single target rounds such as Round 60, 80, 85, 87, 97 and sometimes 100.

Pat Fusty has more use than just his Rallying Roar alone, because in later levels he can regularly knock back MOABs and stun bloons, starting from Level 5 and 6, respectively, including stunning MOAB-class from Level 13 onwards. Pairing him with Overclock can significantly increase his stalling power, enough to at least greatly reduce the progress of various bloon types. Because of these, he can keep bloons within place so that other towers can have a better time handling with other bloons.

When a MOAB-Class Bloon is destroyed:

Overall, his Rallying Roar was slightly nerfed since Pat Fusty was first released. His main attacks, however, were overall buffed. He remains useful in combination with high-projectile tower strategies, most especially with Tack Zone to which it works the best with for multiple reasons. 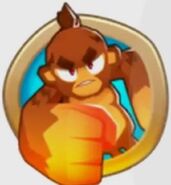 Pat Fusty's beta icon. Notice how his name is written as Pat Futsy, not Pat Fusty. 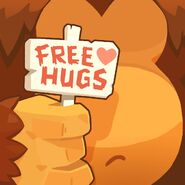 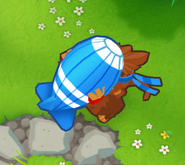 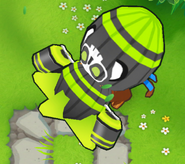 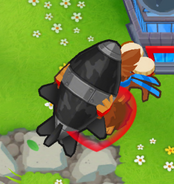 Pat Fusty using Big Squeeze on a DDT. (Notice the Regrow Blocker affecting the regrow bloons before they've been released) 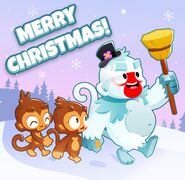 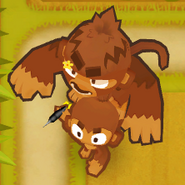 Pat Fusty and a Dart Monkey (ignore the flower) 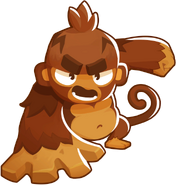 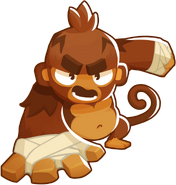 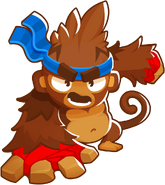 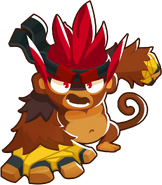 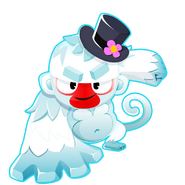 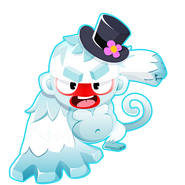 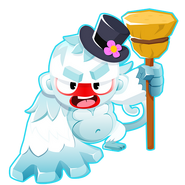 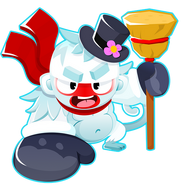 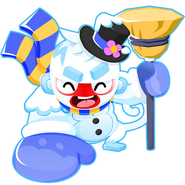 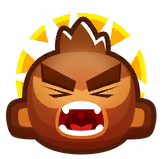 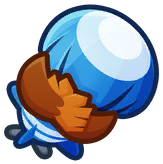