Overdrive is the fourth upgrade of Path 3 for the Tack Shooter in Bloons TD 6. It allows the Tack Shooter to attack three times as fast as Tack Sprayer and pop up to two bloons per tack instead of one. This makes them good low-cost choices for popping MOAB-class against tight corners, and improves its overall performance against grouped bloons.

This upgrade is taller than its predecessor, re-adding a base that is silver colored. The main body colors that were red are now dark gray, and has a flanged extension connecting to the silver base. The top ring's color changes from dark gray to silver, the emblem on top changes from black to red and gains two additional lines to make a cross. The end of the barrels all glow red. The instamonkey icon's top emblem has black crossed tacks instead of red cross tacks.

The following is a list of statistics of a Tack Shooter with Overdrive. It includes its base statistics and all associated crosspathing interactions. Expand the box on the right to see further information.

The following are a list of wiki-written damage types associated by a Tack Shooter with Overdrive. These damage type statistics include how it attacks and how these attacks would affect bloons. Expand the box on the right to see further information.

Overdrive is comparable to other early-to-mid game towers due to its relatively low-cost but high projectile count allowing it to benefit immensely from various stat buffs, especially Alchemist buffs. It especially prefers combinations of debuffs (e.g. Embrittlement) and damage buffs (e.g. Berserker Brew, Stronger Stimulant, and Jar of Pickles), which greatly utilize the vast amounts of projectiles it produces per shot at very fast rates.

Compared to other towers serving a similar role, Overdrive is more placement-dependent, as it has short range and prefers curves and areas where it can be placed below the track to allow it to hit more bloons. It also has better MOAB damage in exchange for slightly worse bloon popping power and lack of camo detection.

Overdrive attacks a lot faster than it did when it was first released, but the price has increased slightly to accommodate the much greater attack speed. 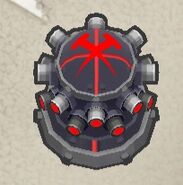 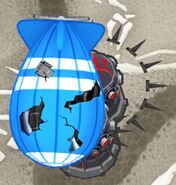 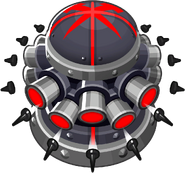 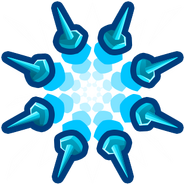