Limited (Level 10+ Wall of Trees income based on RBE)

Obyn Greenfoot is a Hero in the game Bloons TD 6. He specializes in nature-based attacks and weapons, and is one of the cheapest heroes so far, costing only $550 on Easy, $650 on Medium, $700 on Hard, and $780 on Impoppable.

His main attack launches "spirit wolves" at Bloons. This attack homes in on Bloons, can travel through objects, and pierces up to 4 bloons before disappearing, initially dealing 2 damage every time his main attack hits a bloon. He is capable of popping Lead Bloons, but he cannot pop Camo Bloons or pop Purple Bloons outside of his abilities. Both of his abilities, Brambles and Wall of Trees, place road items randomly on the track meaning there is an element of luck every time they are used. In addition, Obyn at higher levels will regularly place his slowdown totems randomly around nearby track within range.

Obyn Greenfoot additionally comes with sets of local-ranged buffs towards mostly Druids. At Level 2+, he grants all nearby Druids with +1 pierce. At Level 11+, he grants all Magic Monkeys nearby with +2 pierce and +5 range on top of any other buffs, in turn buffing Druids to +3 pierce instead of +2. At Level 18+, his final buff allows all Druids of Wrath to immediately start with full wrath for maximum attack speed.

Obyn Greenfoot will start upgrading himself every round upon placement. He earns more XP each round to unlock his next upgrade irrespective of how many bloons he pops. His upgrades can also be immediately bought with cash, though the amount of cash required to purchase the next upgrade will typically increase as the upgrades get higher, making self-upgrading an important element for his overall power.

When MOAB-class bloons are popped by him:

When MOAB-Class Bloons are popped:

When MOAB-Class Bloons are popped: 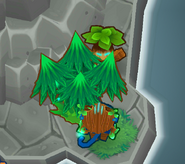 Nature's Ward Totem (5.0 and later) plus Wall of Trees 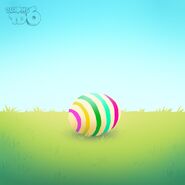 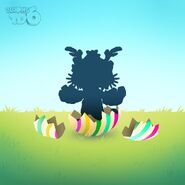 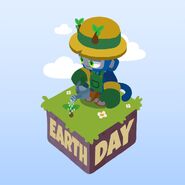 Obyn Greenfoot and Wall of Trees with Mountain Obyn skin

Mountain Obyn Wall of Trees
Add a photo to this gallery 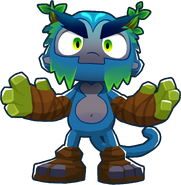 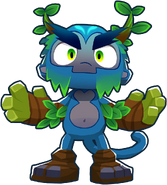 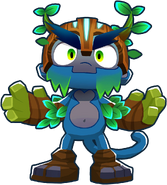 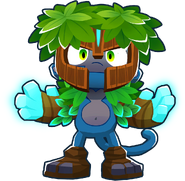 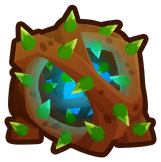 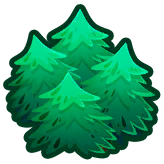 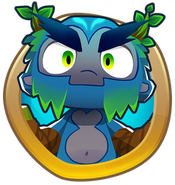 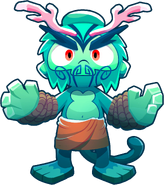 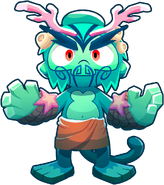 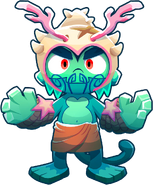 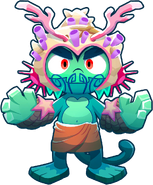 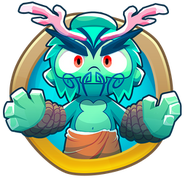 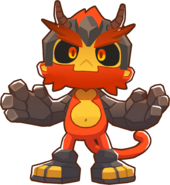 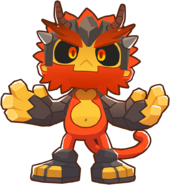 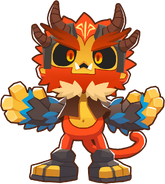 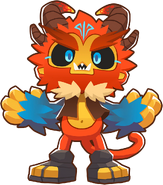 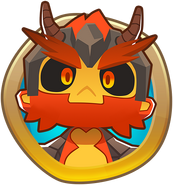 Mountain Guardian Obyn Icon
Add a photo to this gallery

Retrieved from "https://bloons.fandom.com/wiki/Obyn_Greenfoot?oldid=269703"
Community content is available under CC-BY-SA unless otherwise noted.