Ninja Monkey is a relatively fast, moderately damaging, Camo detecting monkey tower that can be downright fatal to many bloons if used correctly. This tower made its debut in Bloons TD 5 and makes appearances in Bloons TD 5 Deluxe and other portable versions of Bloons TD 5. It also is in Bloons Monkey City and Bloons TD Battles. In BTD5, its Specialty Building is named the Ninja Academy, and in BMC, it has an upgrade building that is named the Ninja Dojo.

Ninja Monkey makes up to 6 appearances: 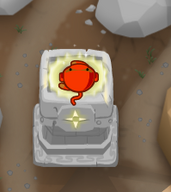 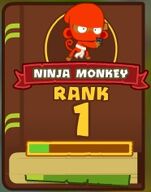 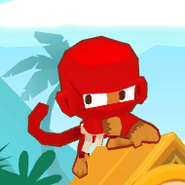 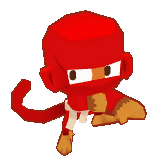