In BTD5, the upgrade picture is of a white scroll with illegible writing. 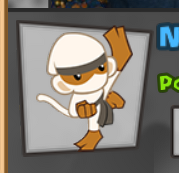 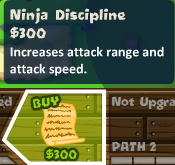 BMC Mobile upgrade icon
Add a photo to this gallery
Retrieved from "https://bloons.fandom.com/wiki/Ninja_Discipline_(BTD5)?oldid=272131"
Community content is available under CC-BY-SA unless otherwise noted.