Bloons Wiki
Register
Don't have an account?
Sign In
Advertisement
in: Articles in construction with a WIP, Tack Shooter, Bloons TD 6,
and 5 more

No (requires 5/0/1 for situational purposes)

This upgrade adds two more barrels, for a total of 10. It also replaces the flanged base with a circular base.

Shoots 10 tacks instead of 8. Ring of Fire and Inferno Ring with this crosspath gains +1 damage.

More Tacks shoots a spray of projectiles in an radial fashion. The Tack Shooter has no explicit Targeting Priority, but it is technically locked to Close whenever the Pierce capacity is reached.

The following is a list of statistics of a Tack Shooter with More Tacks. It includes its base statistics and all associated crosspathing interactions. Expand the box on the right to see further information.

The following are a list of wiki-written damage types associated by a Tack Shooter with More Tacks. These damage type statistics include how it attacks and how these attacks would affect bloons. Expand the box on the right to see further information.

For a rather low price, More Tacks adds +2 bonus projectiles. As such, it is usually used as a cheap way to improve a low-tier Tack Shooter in the early game. It is usually a stepping stone to its further upgrades, but in itself it can be useful in a very few special scenarios.

Mostly modified crosspathing with Ring of Fire and Inferno Ring, removing the special case granting bonus pierce to each flame ring in exchange for bonus damage. 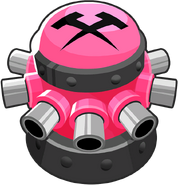 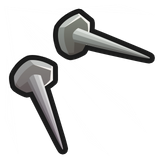