In BTD6, this upgrade makes a return as the third upgrade of Path 3. See further information at this link.

This upgrade in most games allows towers within its radius to earn 50% cash per pop.

The effect of this upgrade varies depending on the game.

Due to the fact that popping bloons won't award you money in Bloons TD Battles, its effect was altered and it will instead allow all bloon groups to give you back 20% more income (reduce income penalty by 20% if MOAB-class bloons or Fast Cooldown Ceramics). However, in Defend mode, it will not give the 20% bonus to the income boosts, so it's not recommended to be used there. 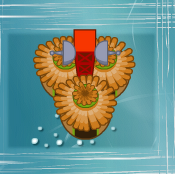 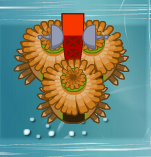 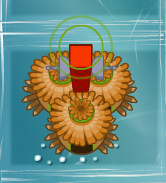 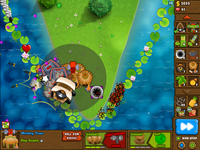 Monkey Town in BMC Flash
Add a photo to this gallery

Retrieved from "https://bloons.fandom.com/wiki/Monkey_Town_(BTD5)?oldid=279193"
Community content is available under CC-BY-SA unless otherwise noted.