10 or $1.99 USD minimum). Once you complete a track and get Monkey Money, and you complete the same track on the same difficulty again, you receive 20% of the original reward. If you load a game that you previously finished, you are unable to get another reward. As of now, Monkey Money can buy Special Agents, Powers (BTD6), play tracks with the Extreme Difficulty level, buy land for and build/upgrade Specialty Buildings, unlock Fast Track Mode, and buy single-use Premium Upgrades. Currently there are 3 Extreme Difficulty tracks: Bloontonium Lab, Tar Pits & Main Street.

There have so far been no updates regarding bonus Monkey Money. However, there have a very few updates on a few select Race Events regarding cheaper speedups.

The player can obtain Monkey Money by playing a game. Below is an example involving Beginner Tracks.

However, if a player already has completed a game mode in a specific track, the reward will divide by 5.

The player can also obtain Monkey Money from playing BTD5 daily. The more they play, the higher the reward is.

There is a game option, which requires some Monkey Money in order to unlock.

The Daily Chest may occasionally reward Monkey Money, ranging from 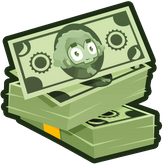 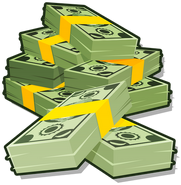 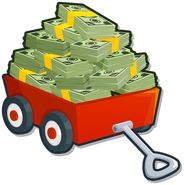 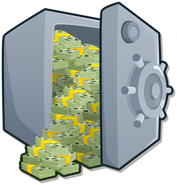 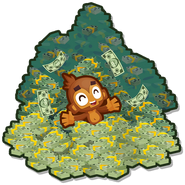