Monkey Fort is the first upgrade on path 2 for the Monkey Village. It increases the popping power of each tower in its radius by 1, making it extremely useful on any tower with low pierce. While it is greatly effective with Super Monkeys, it has little proportional effect on upgrades like Juggernaut and has no effect on Snipers. 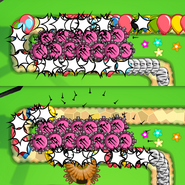 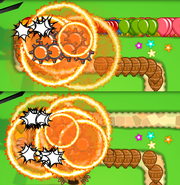 Monkey Fort icon in BMC
Add a photo to this gallery

Retrieved from "https://bloons.fandom.com/wiki/Monkey_Fort?oldid=249194"
Community content is available under CC-BY-SA unless otherwise noted.