For the game of similar name, see Bloons Monkey City.

+50% cash per pop from nearby towers, additive to other per-pop income
+1 Free Dart Monkey, generated after round ends
+15% income from all nearby towers

Monkey City is the 4th upgrade of Path 3 for the Monkey Village in BTD6. It gives the Monkey Village slightly more range (specifically +10 range) and an extra +15% income for all nearby income producers independent from income-per-pop (with some exceptions, includes trap-based sources but excludes Monkeyopolis and several other income sources), similarly to a Central Market when interacting with Merchantmen but only stacking once and only affects towers within range of the Monkey City. It also provides a free Dart Monkey at the end of each round; this benefit stacks with other Monkey Cities in play.

Most forms of pure income generation (i.e. independent from income-per-pop) and trap-based income-per-pop sources (Bloon Trap, Monkey Pirates, Wall of Trees, etc.) are affected by the Monkey City's +15% income buff. The only exceptions to this rule are Monkeyopolis crates, Farm abilities, and Benjamin's Bank "interest" bonus.

Monkey City itself is relatively cheap for its cost, and is often bought as an upgrade for the Monkey Town. The main benefits of the Monkey City upgrade are the increased influence range and boosted income gain for all towers nearby its range. It is not a very efficient source of enhancing income gain, but it's still a useful option nonetheless.

An added a bonus to Monkey City, so that upgrading to Monkey City is more worth than simply upgrading Monkey Town influence range. The free Dart Monkey portion of the upgrade remains useful in certain scenarios, and has made more use with Adora's buff to bonus stats upon sacrificing any tower regardless of monetary value. 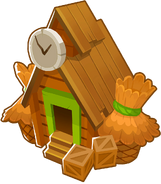 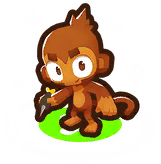