Monkey Business is the first upgrade of Path 3 for the Monkey Village in Bloons TD 6. With this upgrade, all towers and their upgrades up to Tier 3 are discounted by 10%, and gives a 10% refund on the purchase of base towers and Heroes placed within said radius. The discount does not affect upgrades above Tier 3 nor affect any Heroes's upgrade and Geraldo's items. Unlike Monkey Commerce, the next upgrade, the Monkey Business effect cannot stack with other Monkey Businesses.

The Village gains two wooden crates next to it. These two crates appear on the player's right side.

Monkey Business discounts nearby towers by 10%. While the discount effect can only affect up to Tier 3 upgrades, the discounts can save a lot of money in the long-run if utilized wisely. Placing many expensive lower-tier towers nearby may help save more money than the initial investment, especially for the more expensive Tier 3 upgrades and for all Super Monkey upgrades.

No changes were made to Monkey Business since it was first released in BTD6. 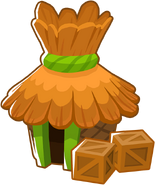 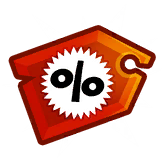