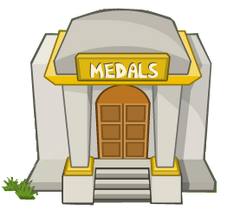 Standard Medals are earned for a particular map on single-player mode.

In Bloons Adventure Time TD, medals are earned for each sub-adventure (map). Medals for Impoppable Difficulty cannot be earned without beating Extreme Difficulty.

In Bloons TD 5 there are 208 different medals to earn, counting the Reverse.

Here are pictures of the medals and Awesome Points awarded for completing the corresponding tracks in Bloons TD 5:

In BTD 5 Mobile (iOS and Android), medals for all tracks look the same. They are shown below. 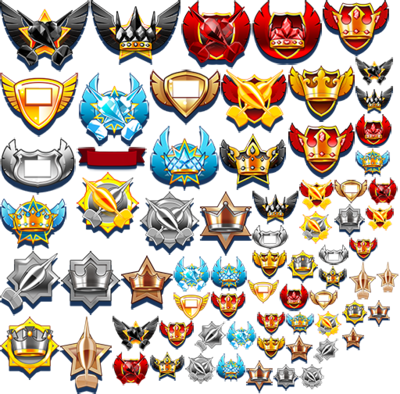 The player can also gain medals and Awesome Points for completing Daily Challenges in Bloons TD 5:

Medals and Awesome Points can also be earned for completing Special Missions in Bloons TD 5:

The player can get a maximum of 48 medals, including medals from the Premium Tracks.

Medals format example in BTD6
Add a photo to this gallery
Retrieved from "https://bloons.fandom.com/wiki/Medals?oldid=262986"
Community content is available under CC-BY-SA unless otherwise noted.