Long Range Tacks is the 1st upgrade of Path 2 for the Tack Shooter in Bloons TD 6. This upgrade makes the Tack Shooter shoot further by +4, from 23 to 27. In addition, this upgrade also grants +10 pierce to Ring of Fire or Inferno Ring for 70 pierce instead of the default 60.

This upgrade flattens the top section, and adds four rectangular pads around the top ring.

Adding more range can be useful, but it is not very useful in itself.

none so far; will add if there are any 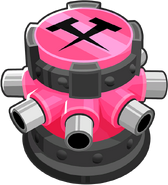 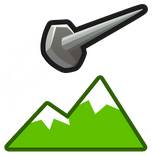