Long Life Spikes is the 3rd upgrade of Path 3 for the Spike Factory in Bloons TD 6. The spikes from this upgrade can last in between rounds (2 rounds or 140 seconds, whichever comes first). This allows spikes to carry over another round from the round they were created. Spike piles from this Spike Factory resemble Caltrops thrown from a Ninja Monkey, except the spike piles from Long Life Spikes are blue instead of grey (or hot yellow with 2-0-3).

Long Life Spikes adds an additional gear to the Spike Factory, paints the entire body blue, save the feet, which remain yellow, and the space reserved for the now yellow spike logo, (and opposite it) which is painted a lighter blue. The main port for the spikes now also bears black-and-yellow hazard stripes.

This tower's spike piles now resemble Caltrops, however they are blue instead of grey.

Crosspathing with path 1 adds a red, then black segmented rim around the spike port, and with White Hot Spikes in particular the spikes glow orange, or even white, with the heat.

Crosspathing with path 2 adds two vents above the left and right side gears, and paints the feet purple, then extends those vents higher.

Long Life Spikes increases lifespan of spikes to 140 seconds and carries over up to one round. In effect, spikes last up to 2 rounds or 140 seconds, whichever comes first. The spike carryover benefit has no effect on Apopalypse, but has effect on Boss Bloon Events. Long Life Spikes also has the benefits of Smart Spikes.

Long Life Spikes defaults on Normal targeting priority, which dispenses the spikes onto nearby bloon track in a semi-sporadical behavior. Because it already has Smart Spikes, it will also receive Close, Far, and Smart.

Long Life Spikes is a rather expensive but versatile upgrade once purchased. By allowing each spike pile to last between rounds, it is possible to stall rounds in order to stockpile many spike piles that can become carried over to the following round. Generally speaking, when attempting to pursue towards maximizing the potential of Long Life Spikes, it is worth purchasing Faster Production and Even Faster Production alongside to allow maximized net popping power stockpiles. Similar to the much more powerful Perma-Spike, Long Life Spikes is a deadly force when combined with Berserker Brew/Stronger Stimulant and Jungle Drums. Similar strategies can be used for the succeeding upgrade Deadly Spikes.

Long Life Spikes (and its successor) require external support to be closer to the viability of Spiked Balls later in the game. Berserker Brew and Stronger Stimulant are good examples of external supports, which providing it with +1 damage and +2 / +3 pierce.

This upgrade enhances Spike Factory's stockpiling potential and it is recommended to be used for defensive purposes to maximize its efficiency.

Long Life Spikes itself wasn't ever buffed directly, but it did gain some changes based on previous Path 3 upgrades. 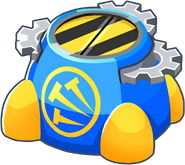 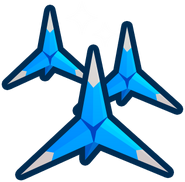