Red Acid (1 / 2.0s corrosion for 4.0s DoT, can be overridden by Purple Acid)
Golden Lead (attacks by this alchemist onto leads causes them to earn $50, leads only)

Lead to Gold is the third upgrade of Path 3 for the Alchemist in Bloons TD 6. As stated in its name, it turns Lead Bloons into Gold when attacked by this Alchemist's acid attacks, rewarding $50 cash once the lead layer is popped. Because Lead to Gold has a +9 damage buff on lead-type Bloons, including DDTs (if granted with camo detection), Lead Bloons, including fortified, are instakilled. This upgrade cannot gain cash from popping DDT layers, despite being compatible with the damage increase towards lead bloons.

Lead to Gold allows the Alchemist to deal +9 extra lead damage, as well as inflict the Convert Lead Into Gold

status effect onto valid Lead Bloons and their Fortified versions. When hit, a popped Lead automatically generates an extra $50 (or $25 on Half Cash). Starting from Version 23.0, the combination of these two attributes causes a hit Lead to automatically be instakilled. DDTs can be dealt extra damage but not generate extra money.

The acid pool attack is locked on Normal, being an on-track attack, and can only activate if there are no bloons nearby or if the offensive potion misses.

Lead to Gold causes the Alchemist to be able to generate a secondary income to popping Bloons when combating Leads, granting a fixed $50 ($25 on Half Cash) for every Lead bloon popped and destroying the bloon entirely. As long as the Alchemist's acid touches the Lead Bloon, the Lead will be instakilled and immediately apply the income bonus. While the upgrade is 20% cheaper than even a Banana Farm, the upgrade is best used based on context of the round and the towers behind the Alchemist; too few Leads, and the upgrade is unprofitable, too many towers that can already pop Leads and the Alchemist is unable to profit from the remaining Bloons.

*The money earned on these rounds may only be obtained if the Alchemist is given Camo detection by another tower, or the camo properties are stripped without popping the Bloons with upgrades such as Shimmer or Submerge and Support.

While still popular on Apopalypse, in that large quantities of Leads that spawn there that can outweigh income gain over even conventional farming, Lead to Gold has been given bonus lead damage to make it more useful at neutralizing the presence of Leads. 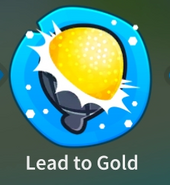 Lead to Gold upgrade icon in the upgrades menu

Earning the $50 from popping Lead Bloons from Lead to Gold effect (pre-23.0)

Using Lead to Gold on Apopalypse Mode, pre-23.0 damage buff (Note the Leads on Round 31)

Lead to Gold on Half Cash Mode

$100 from Lead to Gold with Double Cash (Alchemist is actually Rubber to Gold, but effect is the same) 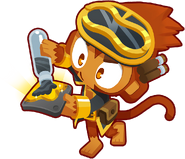 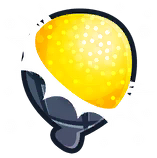