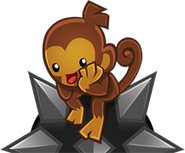 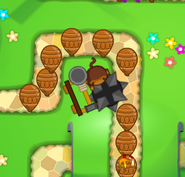 A Juggernaut under the effects of the Super Monkey Fan Club ability.

A MOAB being attacked by many Juggernauts.

Artwork of the Juggernaut in Bloons Monkey City.

Retrieved from "https://bloons.fandom.com/wiki/Juggernaut_(BTD5)?oldid=269071"
Community content is available under CC-BY-SA unless otherwise noted.