Bloons Wiki
Register
Don't have an account?
Sign In
Advertisement
in: Articles in construction with a WIP, Articles that need more images, Banana Farm,
and 6 more

Like all Banana Farms, Increased Production generates bananas evenly throughout a round with respect to bloon send duration on a percentage basis. On a "short" bloon send round, specifically those with only one type of bloon send (e.g. Round 17 Regrow Yellows, Round 76 Regrow Ceramics, and all standard blimp debut rounds except DDTs and Bosses), all bananas produced in the round are pushed out very rapidly.

Increased Production can boost an existing Banana Farm's existing income per round. Even just this upgrade can produce a good amount more income per round. In fact, a 1-0-0 Farm is the most cost-efficient Banana Farm outside of Monkey Banks with Bank Deposits and 4-2-0 Banana Research Facilities.

Nothing had changed for Increased Production since the game was first released. 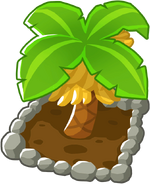 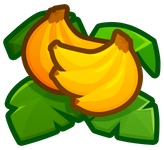