Bloons Wiki
Register
Don't have an account?
Sign In
Advertisement
in: Articles in construction with a WIP, Monkey Village, Bloons TD 6,
and 6 more

Homeland Defense improves its own Call To Arms ability to affect all towers on screen, give them +100% attack speed and +100% pierce, and last 20 seconds instead of 15. Just like Call To Arms, Homeland ability's buff constitutes as Charge

, an applied buff rather than influential, and hence can be sapped by Gravelord Lych. The other buffs from this Village constitute as Influence

, which are passive influential buffs.

Homeland Defense is quite a formidable support tower due to its solid 100% buff to attack speed and pierce. Its global effect allows it to work well even with multiple towers requiring buffs. The main use cases for Homeland Defense are non-Lych Boss Events and super late-game runs, as it has a global universal buff with a high magnitude of empowerment, though it does see use in 2MPC challenges and on CHIMPS runs involving Sentry Champion.

Homeland Defense was buffed in Version 8.0 to become more useful than simply a global range Call To Arms, with a much greater attack speed and pierce bonus and an even greater duration. It also received a cooldown buff inherited from the Call To Arms upgrade in Version 22.0. 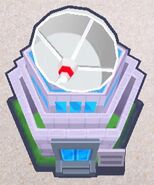 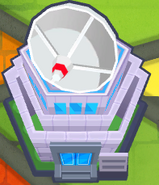 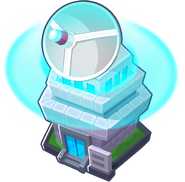 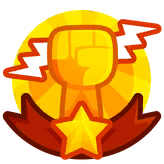