Restricted (darts, upgradable to 2/2/0 and requires another camo detection tower around the map)

In addition to extra pierce from Barbed Darts, all attacks can pop Frozen and Lead; since all affected attacks start off with either

Shatter, this is effectively just giving

The Heat-Tipped Darts upgrade has a rather niche use, being quite ineffective for most purposes, but is still handy for certain scenarios whenever Leads or DDTs are a threat, or on Race Events when using Bloontonium Reactor. This upgrade is mostly relegated to custom challenges or very unique challenges in which this upgrade is needed. 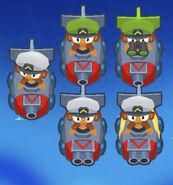 "Heat-tipped Darts" as shown in the upgrades menu 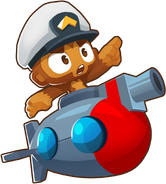 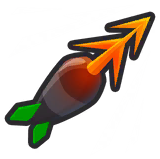