Bloons Wiki
Register
Don't have an account?
Sign In
Advertisement
in: Articles in construction with a WIP, Druid, Bloons TD 6,
and 4 more

Hard Thorns is the first upgrade of Path 1 for the Druid in Bloons TD 6. This upgrade increases pierce of each thorn by +1, from 1 to 2, and allows all attacks to pop Frozen Bloons and Lead Bloons. Affected alternate attacks include Druid of the Jungle aftervines and Spirit of the Forest on-track vines.

Usually, its main use is for the early-game, although Hard Thorns crosspath can be useful in a few cases where there is a lack of external pierce buffs available. If lead-popping is unavailable then this upgrade can help make up for this limitation. 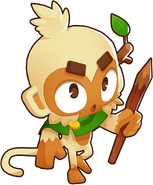 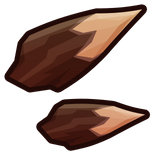