Fast (every 0.5s)
More attack speed info to be added

Fireblast stats to be added

Gwendolin is a Hero in Bloons TD 6. She specializes in fire-based weaponry and is unlocked at experience level 14. She has short range, and her main attack is a medium-range fire blast from her flamethrower whose shots can pierce up to 3 Bloons. Due to her attack being fire based, she cannot pop Purple Bloons, at least until level 16. She is also unable to pop Camo Bloons without support, except with her abilities.

In the 6.0 update, she was given a new skin, named Scientist Gwendolin, with new voice lines and appearance. She wears a blue and white lab tunic and her hair is blue instead of orange. She holds a purple potion instead of her normal fuel. The skin costs

In the 17.0 update, she was given a third skin, named Harlegwen. The skin also costs

Gwendolin will start upgrading herself every round upon placement. She earns more XP each round to unlock her next upgrade irrespective of how many bloons she pops. Her upgrades can also be immediately bought with cash, though the amount of cash required to purchase the next upgrade will typically increase as the upgrades get higher, making self-upgrading an important element for her overall power. As she is one of the original 4 heroes, her relative levelling speed to the rest of the heroes is 1x.

The following are the upgrades:

Following the 16.0 buff, Gwendolin has returned as a stronger hero as there is now a reliable way to trigger her buff. Her buff remains a solid choice for towers who appreciate both pierce rather than just pure damage, or more uptime on buffs, in which case Pat Fusty's Rallying Roar may be a better option.

One of her main advantages comes from beating difficult Ceramic Bloon rounds on her own at Level 10+, especially to the likes of Rounds 63, 76, and 78. With effective ability timing, she can help beat various difficult grouped bloon rounds with ease.

When you select her:

When popping a MOAB class bloon:

When using an activated ability:

When popping a MOAB class bloon:

When using an activated ability: 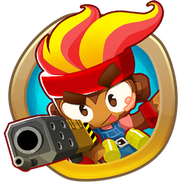 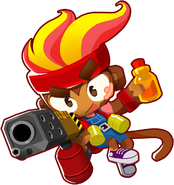 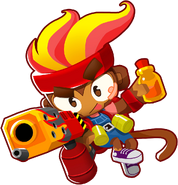 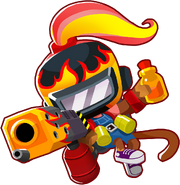 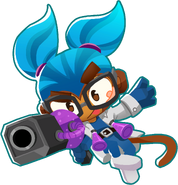 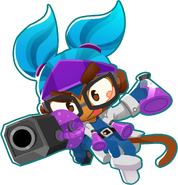 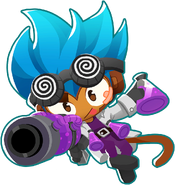 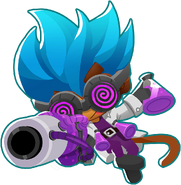 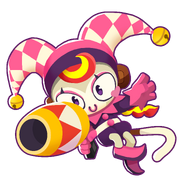 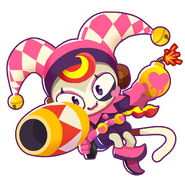 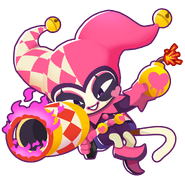 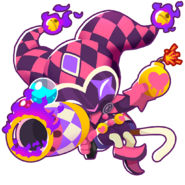 Gwendolin in Heroes menu in Version 17.0 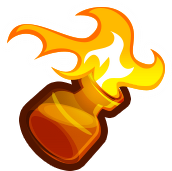 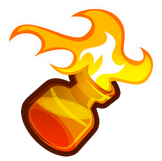 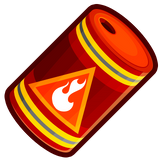 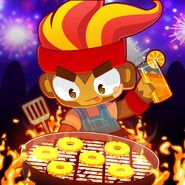 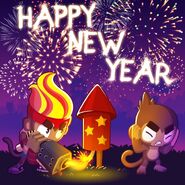 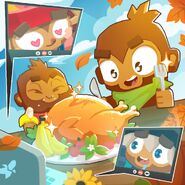 Retrieved from "https://bloons.fandom.com/wiki/Gwendolin?oldid=268498"
Community content is available under CC-BY-SA unless otherwise noted.