As of Version 8.0, all Bloons affected by the Glue Storm’s glue now take in +1 damage, similar to Embrittlement but can affect MOAB-class Bloons if crosspathed with Corrosive Glue, though the ability will always glue onto MOAB-class bloons regardless of crosspaths. Glue Storm will now vastly increase the overall power of high-attack high-projectile towers such as Comanche Commander or Sun Avatar towards Bloons that become vulnerable by Glue Storm.

Bloons caught in the storm will now take an additional +1 damage while glued. Applies to bloons glued via Glue Storm only, in any method. 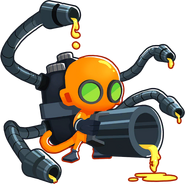 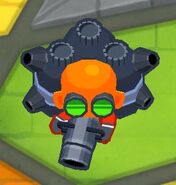 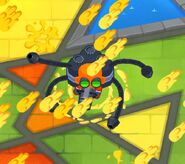 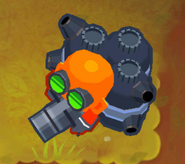 Retrieved from "https://bloons.fandom.com/wiki/Glue_Storm?oldid=222299"
Community content is available under CC-BY-SA unless otherwise noted.