Bloons Wiki
Register
Don't have an account?
Sign In
Advertisement
in: Outdated pages, Articles in construction with a WIP, Boomerang Monkey,
and 3 more

The Glaive Dominus is a cloaked, tribal-cybernetic master who wields a powerful arm to rapidly fire ricocheting glaives and knockback Kylie boomerangs. In addition, there are three massive glaive rings orbiting the Glaive Dominus at all time. The hood of the paragon is stitched in deep shades of magenta with frills at the edge of the cloak that resemble a peacock's tail. The orbital glaives, bionic eye and arm all have bright green centers, representing a machine core to the Glaive Dominus. In this way, the Glaive Dominus incorporates the technological, tribal, and spiritual visual elements from all three of its constituent towers. The Glaive Dominus performs a head-roll and looks side to side as part of its idle animations.

Every 20 degrees, the Glaive Dominus gains a more ornate appearance with different hood diamond colors, spikier tails, the tails of the cloak gaining spikes and changing color, the technological eye gaining a flame effect, and horns appearing on the cloak.

Like other paragons, these visual elements are derived from the constituent tier-5 towers, for example: the Glaive Lord's rotating rings, the Perma-Charge's cybernetic enhancements, and the Moab Domination's tribal appearance. Likewise, the name "Glaive Dominus" is formed from the Glaive in "Glaive Lord" and Domination in "MOAB Domination". There is no clear incorporation of the name "Perma-Charge".

Glaive Dominus targets bloons using the standard targeting priorities. It has multiple types of attacks that are shot in different styles.

Despite being able to detect Camo Bloons naturally, Glaive Dominus does not have the Camo Prioritization targeting priority.

Note: Much of this information relates to complex leveling formulas that were uncovered by reddit user u/epicalex4444. If you simply wish to know the max degree requirements for a Glaive Dominus in single-player, click here. For the maximum degree in co-op click here.

Now, degree roughly scales with the natural logarithm of power. So, there is no unique set of upgrades, prices, etc. that will place the Glaive Dominus at a certain degree. In addition, the attack speed, pierce, damage, ceramic damage, normal boss damage, and elite boss boss damage each scale differently with the degree. The approximate power levels for the Base, Max Single Player, and Max degrees are listed, alongside the associated damage statistics and some general guidelines on which sacrificial investments to make. A more thorough explanation of each Glaive Dominus degree may be found here.

Like all Paragons, which are able to sacrifice other towers, Glaive Dominus has a complex set of costs.

Quick reference costs of some popular variants of Glaive Dominus:

Combos written for the above table:

Arbitrary definitions for convenience in this table:

Lists all three unique Tier 5 upgrades without crosspathing, as well as all possible Tier 4 upgrades without crosspathing, and all T1-T2 upgrades collected together for each path. Use the table below to start evaluating into the equation further down. The costs for each entity are listed with their prices on all four game modes (Easy, Medium, Hard, Impoppable), along with a rate of max sacrifices on Medium as "$250k/Cost (Medium)" for whole towers only.

Underlined is theoretical but impossible in practice (except via modding).

Substitute each of these functions with the respective tower costs (e.g. Glaive Lord → T(5,0,0) → $37,505 if Medium prices are used). Use Wolfram Alpha or similar to plonk in specific combinations.

Glaive Dominus combines the attacks of the Glaive Lord, Perma Charge, and MOAB Domination to fire a relentless stream of ricocheting glaives that have high pierce and damage. Alongside the powerful glaive rings and exploding knockback glaives, the Glaive Dominus excels at stalling long waves of MOAB class bloons. However, there are severe limitations to this paragon. The high cost of the base tower along with sacrifices makes the Glaive Dominus difficult to obtain in early and mid-game rounds, even with a robust farming setup. For late-game and freeplay past round 140, the Glaive Dominus is quickly outclassed by cheaper combinations of towers (such as Ultraboost and Flying Fortress) due to not being able to receive buffs. As a result, the main use case for a Glaive Dominus is during Boss Events and Late Game where the tower can provide significant Boss Damage as well as MOAB stalling power.

During Boss Fights, a degree 20 Glaive Dominus, at minimum, should be created to reap the benefits of the first power spike in damage-vs-degree scaling. This will lead to efficient boss damage with respect to the investment cost of creating the Glaive Dominus. Place the Glaive Dominus in centrally located areas to maximize time spent attacking the Boss Bloons.

For general late-game use, the Glaive Dominus should be placed near the exit or entrance to quickly catch any escaping/entering MOAB class bloons like DDTs. A max degree Glaive Dominus can be created by having 16,200,000 pops, $250,000 spent (excluding the three tier-5 boomerang monkeys), 100 tier 1-4 upgrades, and 9 (3 in single player) tier 5 upgrades among the sacrificial boomerang monkeys.

Glaive Dominus' generally dissynergous alternate attacks means it is generally less powerful than Apex Plasma Master for a slightly higher cost, so the value of Glaive Dominus has been increased to make up for this.

Both the Apex Plasma Master and Glaive Dominus were released on Version 27.0, being the first two Paragons to be released. Both of their respective names were revealed upon the release of the aforementioned update. 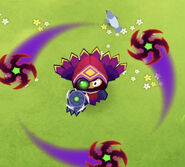 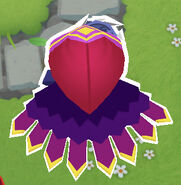 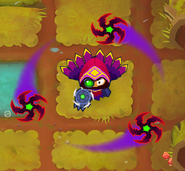 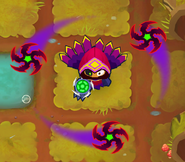 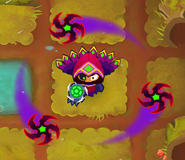 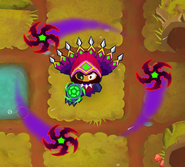 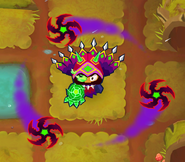 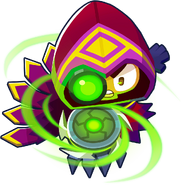 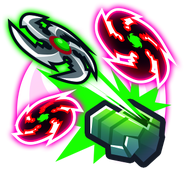 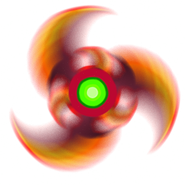 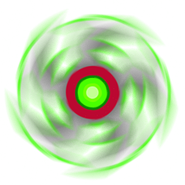 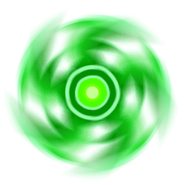 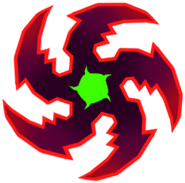