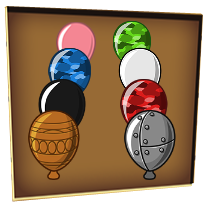 In Freeplay Mode, Bloons get stronger every single round. Their speed increases progressively, and starting with BTD5, MOAB-Class Bloons also gain more health progressively. To counteract the large amount of bloons per round, you gain less experience when popping bloons in Freeplay Mode.

Having a computer or device with large enough RAM and a strong enough processor is recommended when playing in Freeplay Mode due to progressively more intense bloon sends, hence the availability of mobile versions of Bloons TD games on personal computers (e.g. via Steam) to take advantage of their generally vast processing power. 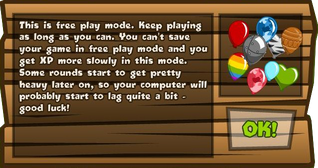 Starting from Version 11.0, Freeplay becomes signficantly more difficult starting from Round 101. As seen in this BTD6 Reddit link, the following rules are applied:

On Version 17.0, the speed cap is now removed, and so bloons can reach near-infinite speeds at much higher rounds.