Focused Firing changes the metal ring around the three barrels from green to gold, whilst also adding a gold stripe along the main body of the gun, including the handle. It also adds a red laser sight to the barrel, and the gold emblem on the gunner's helmet gains a red dot in the center.

When used as a crosspath, the gold band around the barrels, as well as the red dot on the monkey's helmet, are both present.

Focused Firing tightens the Dartling Gunner's maximum projectile deviation by 60%, from 20° to around 8°, or from a radius of 18 to ~7.2. This also applies to the larger spread of Buckshot and Rocket Storm's ability, reducing their maximum deviation by 60% as well, from 30° to 12° for Buckshot, and 130° to 52° for Rocket Storm.

Additionally, Focused Firing, when paired with Buckshot, grants 25% longer lifespan, for a total distance of 162.5 units traveled, increased from 130.

Focused Firing customly aims based on direction and angle of where the Dartling points towards. It shoots straight movement projectiles controlled in a aim-based mobile style guided by touch-based mobility, albeit with slight amounts of erratic angular deviation.

Purely for providing extra accuracy, it is helpful for the Dartling Gun to specifically be more accurate against longer distances. When paired with Faster Swivel, the Dartling Gun becomes optimized for both micromanagement and reduced randomness, but it sacrifices potential for camo detection or internal extra attack speed.

Focused Firing has been changed very slightly since first released in the game, that being that Focused Firing focuses Rocket Storm and MAD abilities more. 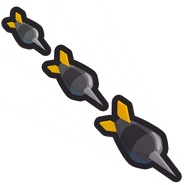 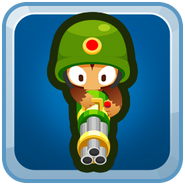